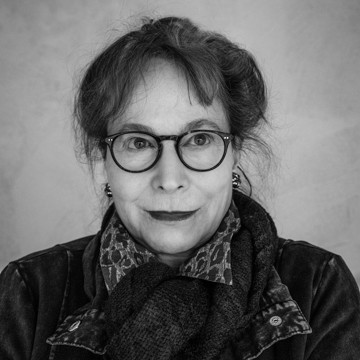 Spanning eight years, “At Risk” pays homage to vanishing species in Africa. The animals are threatened by habitat loss from exploding human populations and by illegal trade in animal body parts and meat. This portfolio of fine art photographs not only celebrates the beauty and power of the animals, but also calls attention to their plight.

From a humanistic point of view, this collection is meant to inspire the idea of enlightened human stewardship of our wildlife, a stewardship that honors the needs and concerns of local communities as well as the preservation of the animals and their habitats.

From an artistic point of view, I want to create images that strongly resonate with the viewer, images that reflect the singularity of intimate encounters with animal subjects. I chose to print in black and white because, like the animals, this medium is elegant and timeless. My infrared camera creates images that complement the innately mysterious qualities of the animals. They have inspired me with awe since childhood visits to the zoo, when I realized they were real and not a fairy tale. Right now, the hunger and unemployment caused by the pandemic has amplified the animals’ predicament. My fear is that this is the last decade some of these creatures will walk the Earth.

Artist’s portion of sales proceeds will be donated to on-the-ground conservation projects in Africa.

Marilyn Maxwell is best known for her images that look like drawings of African wildlife at risk of extinction. These images are not only meant to celebrate the beauty and power of Africa’s wildlife as works of art, but also to raise awareness of their plight. Artist’s proceeds of sales are donated to African conservation projects.

Marilyn lives in Santa Fe, New Mexico. She is a native of Ft. Worth, Texas. Her love of African wildlife began in childhood with Sunday visits to the zoo with her dad. Eventually, he gave her a camera.

She has studied with Raul Touzon, Keith Carter, George de Wolfe and Sam Abell. Awards include a First in Wildlife at the 3rd International Biennial of Fine Art and Documentary Photography, 2014, and a First in Wildlife Single Image and Wildlife Series in the 15th Julia Margaret Cameron Awards, 2020.

Marilyn’s work is in the Santa Fe Palace of the Governors Permanent collection.

Publications include: Black & White Magazine, 2013 & 2016. Forty-seven of her images were selected for inclusion in the 2011 book, A Year or So In The Life of New Mexico, published to benefit the Esperanza Shelter for Battered Women.

TPS 29: The International Competition, juried by Elizabeth Avedon: White Rhino was selected for the exhibition that runs from October 3, 2020 - January 9, 2021 at The Silos at Sawyer Yards, Houston, TX, then travels to Abilene and runs from January 21 - March 20, 2021 at The Center for Contemporary Arts, Abilene, TX.

APG>ATL–AIRPORT 2020: September 17 - November 11, 2020. Twist from the "At Risk" portfolio will appear in the Atrium Gallery at Atlanta’s Harstfield-Jackson International Airport.

Fort Worth Community Art Center: Dust Bath, Young Lion King, and Scarface images were exhibited in the show "Through a Scope 2019". Sponsored by The Fort Worth Zoo. October 4 - October 23, 2019.

12th Pollux Award: First Time, Two Elephants, Leopard at Dusk, In My Dream, Going Away and Curtain Over Kilamanjaro were awarded first place in the Wildlife Series category. The selection was juried by Phillip Brookman, Consulting Curator of Photography at The National Gallery of Art, Washington, D.C.

Opening Reception will be on May 8, 7pm at the Gallery Valid Foto, Barcelona.

A Smith Gallery: Eleven images from the "At Risk" portfolio about vanishing species were exhibited at A Smith Gallery in the Salon in Johnson City, Texas, April 2018.

Palace of the Governors Permanent Collection:  Dragline and The Big Spill. Both seen in Frontier Exhibit at New Mexico Museum of History.

6th Julia Margaret Cameron Competition: First Place in "Animals & Wildlife" category, among 12 women photographers invited to exhibit work at the 3rd International Biennial of Photography in Malaga, Spain. Exhibit opens September 18, 2014 7pm at the Municipal Heritage Museum and will be open through November 9, 2014.

TPS Members Only Competition: “Done” from the Rodeo Series.

APG: “The Conversation” took second place and “The Ride” was accepted. Albuquerque, NM.

QUESTION OF POWER: "Reclamation" and "Lucy's Story" appeared in the exhibit in Santa Fe, NM in December.

A Year Or So In The Life of New Mexico: Forty-seven of Marilyn's images were selected for inclusion in the book project published to benefit the Esperanza Shelter for Battered Families in Santa Fe, New Mexico.

The Black and White Show: “Roadside Attraction I-25” was accepted, juried by Dan Burkholder, at Vermont Photoplace Gallery.

6th Annual Black and White Spider Awards: “The Hair Sweeper”, a Cuban image was nominated in the People Category and was published in the digital edition of The PHOTO Paper.

Vermont Photo Workplace Gallery: “Dogs and Goats “ was accepted into the online gallery of The Photoplace Open, juried by Keith Carter.

ANMPAS: "Dressed To Be Blessed", "Lingering Thunderbird" and "Lily" were accepted for the show in Albuquerque, NM.

Santa Fe Slideluck Potshow: An investigation of Guatemalan rituals, 'Beauty Queens and Kites', won admission to and was presented at the competition.